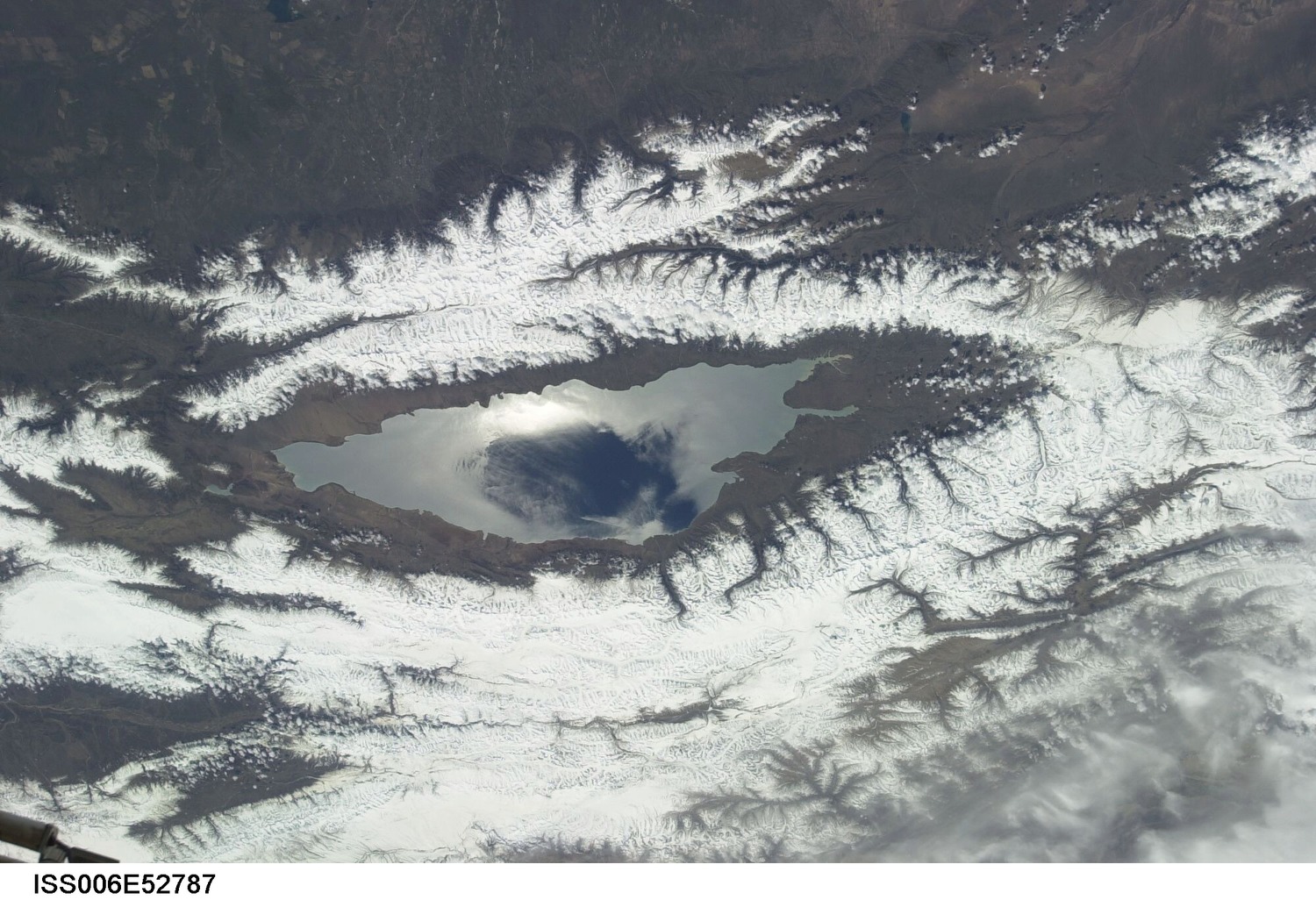 When NASA flight engineer Don Pettit peered down at the Earth’s surface from above Kyrgyzstan on January 25, 2012, he reported seeing what appeared to him as an “eye” peering back at him. 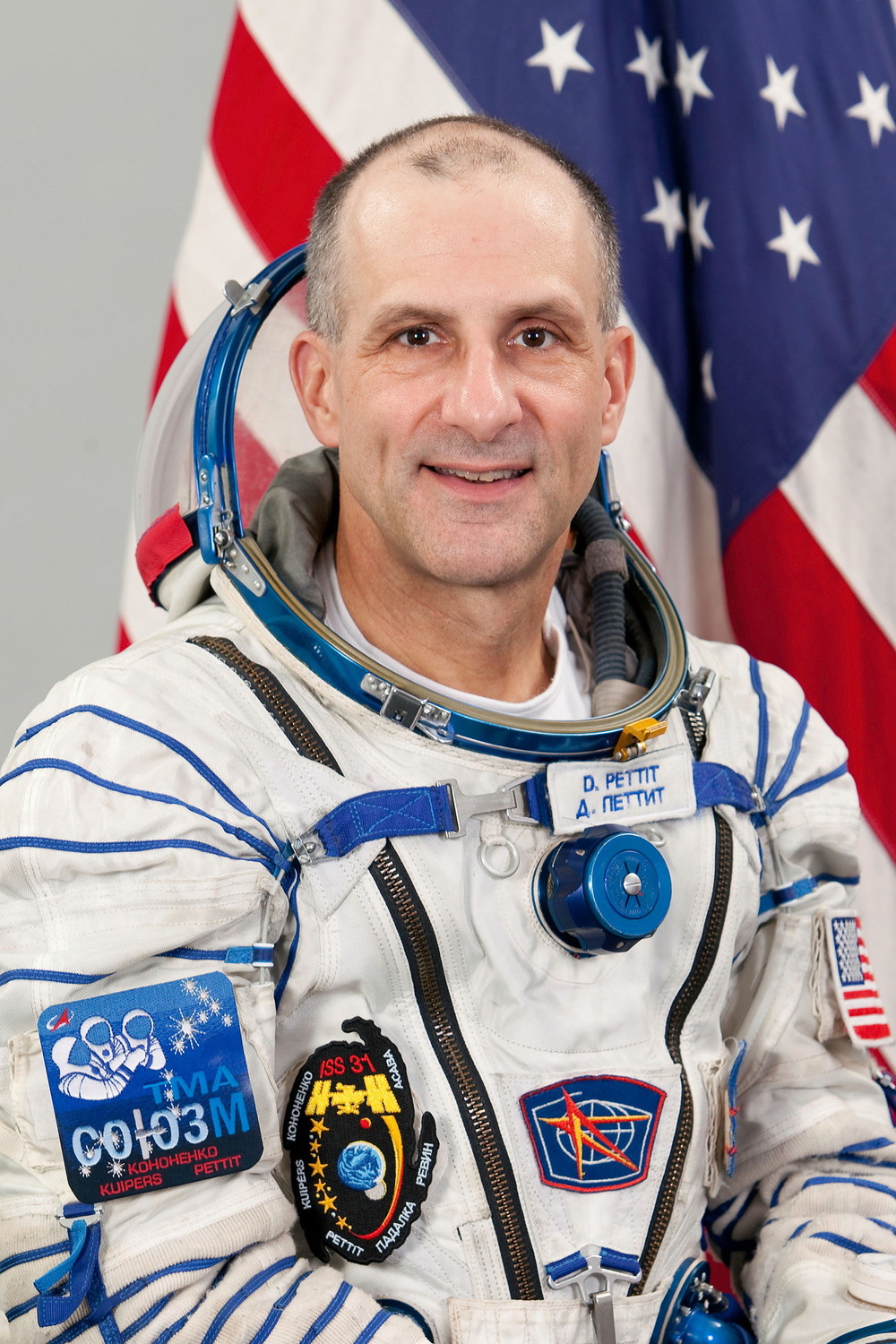 Kyrgyzstan is wedged in the mountainous wrinkles between Kazakhstan and China, created long ago when the land mass we now call India, propelled by platetectonics, slammed into the Asian plate. Living there are a proud people with arich history, surrounded by natural, high-altitude beauty. 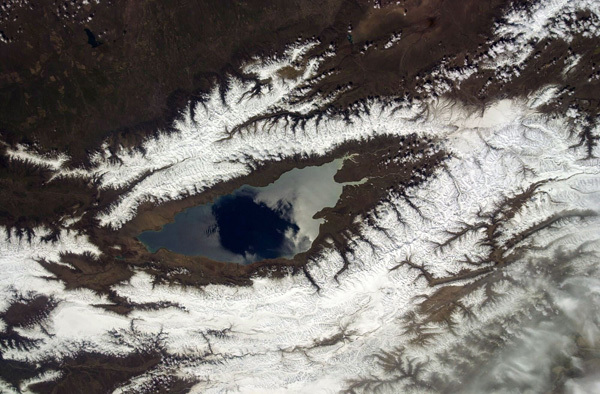 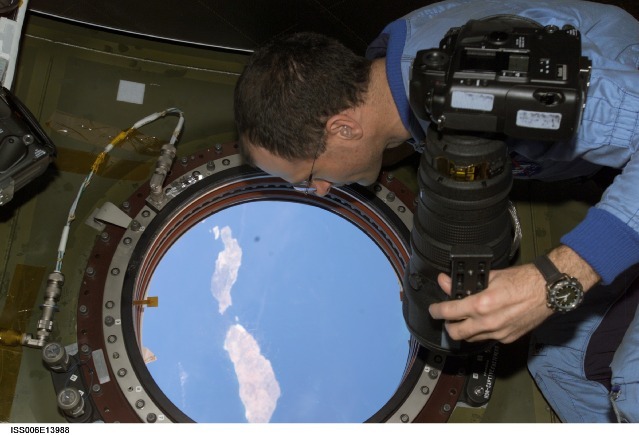 Out of numerous Kyrgyz lakes, one in particular stands out—Lake Issyk Kul. When seen from orbit, Issyk Kul appears to be a giant eye, looking at us lookingdown at it. The snow-covered mountains become aged eyebrows. The lake itself,having a fairly high salt concentration, does not typically freeze over, thusreflecting wintertime light in such a way as to form a “pupil” that seems totrack us as we orbit overhead. 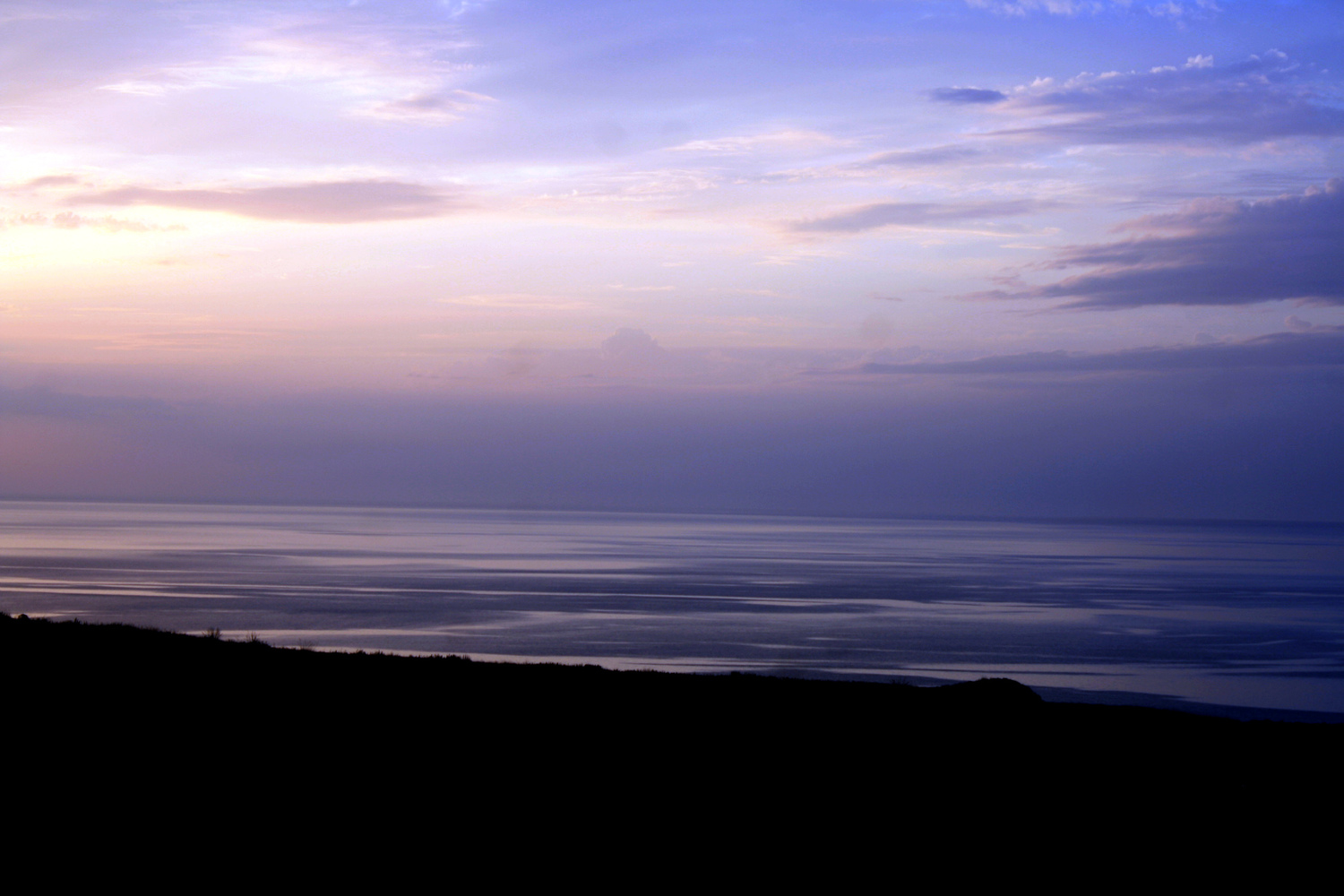 Issyk Kul is a saltwater lake that is the tenth largest lake in the world by volume. It’s the second largest saline lake after the Caspian Sea.Its water is salty because it is what as known as an endorheic lake. That means that water flows into it from about 118 surrounding rivers and streams, but there are no known channels that allow the water to leave, except by evaporation.

This is a similar geologic configuration to Utah’s Great Salt Lake.Issyk Kul never freezes due to its high salt content.  This is why it had such a vivid reflection in the midst of winter to produce astronaut Pettit’s Cyclops-like vision.

Ongoing archaeological evacuations around the lake have revealed it was the site of an ancient metropolis dating back 2,500 years.

The lake was a stopover on the Silk Road land route used by travelers venturing between the Far East and Europe. Some historians have written that the lake was the point of origin for the Black Death, which plagued both Europe and Asia during the early and mid-14th century.

It’s believed that hitchhiking vermin spread the disease as they were carried in cargo by unwitting merchants.